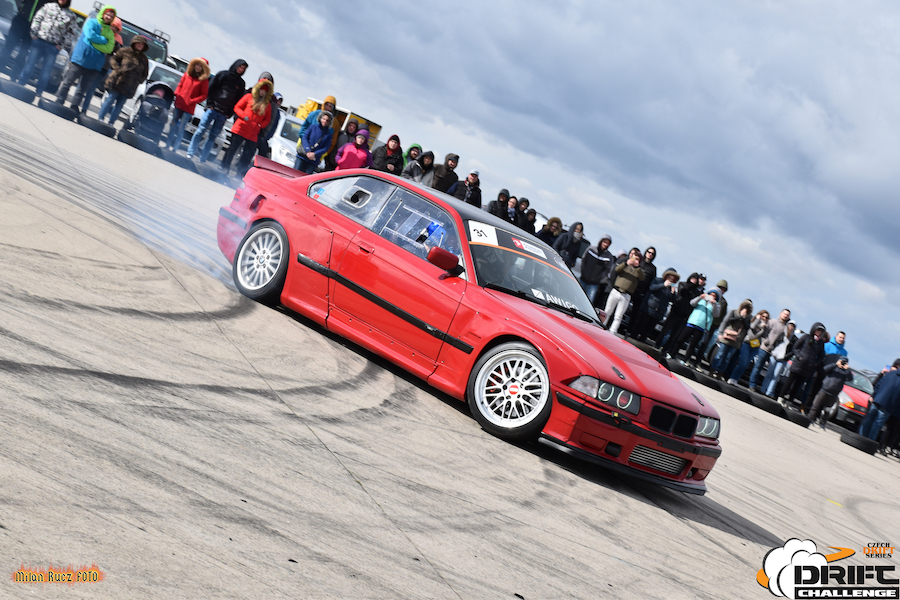 The Drifter season has begun.

This weekend was the first official race of Czech Driftchallenge and RD1 Transport Project Gymkhana, which took place 9.3. traditionally at the airport in Panenský Týnec. Despite the winter time, the weather was good and 29 riders from both categories registered for the race. 12 PRO and 17 STREET. Again we found German speaking competitors or ladies drifterky on the starting list. We could see both familiar faces and newcomers for whom it was the premiere. Newcomers to the track still need to complete some essentials to allow take-off at the next races to get the cars as well as equestrian equipment. It is mainly about their safety and comfort. Even the audience attendance again showed that there is a growing interest in drifts in the Czech Republic when more than 500 ?????? fans looking forward to fighting with steering wheels and timekeeping. 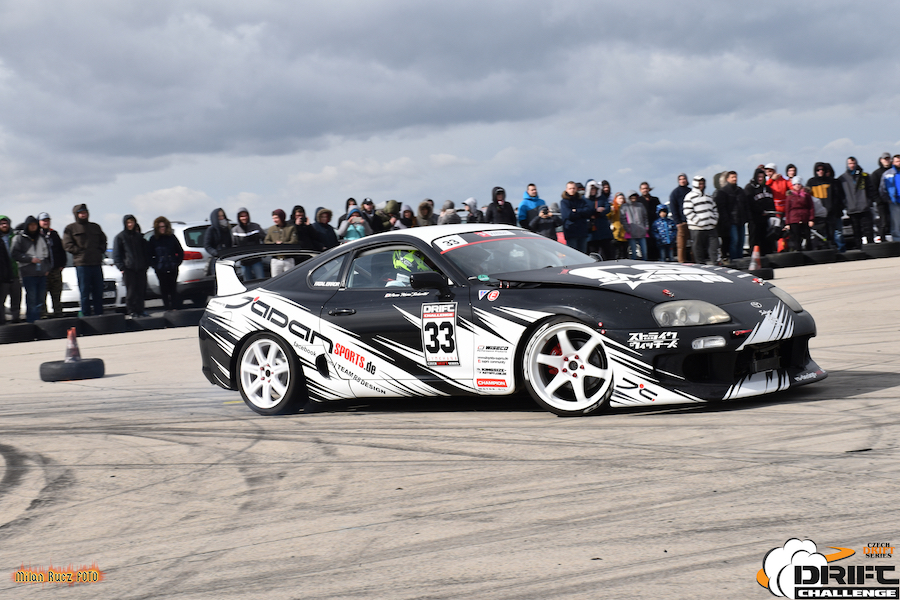 The race itself took place as standard, started with a debate, getting to know the track, each category had its own and could be trained. As part of the trainings, the riders also brought a few spectators and organizers to know what it was like inside the racing special. There was also a battle, when two cars chased on one track, doors on the door, which not only the spectators but also the riders are looking forward to. Unfortunately, Lucie Vangová, a seasoned engineer, had a technical problem at the beginning, which failed to lubricate the engine and so had to retire early and could only encourage colleagues. 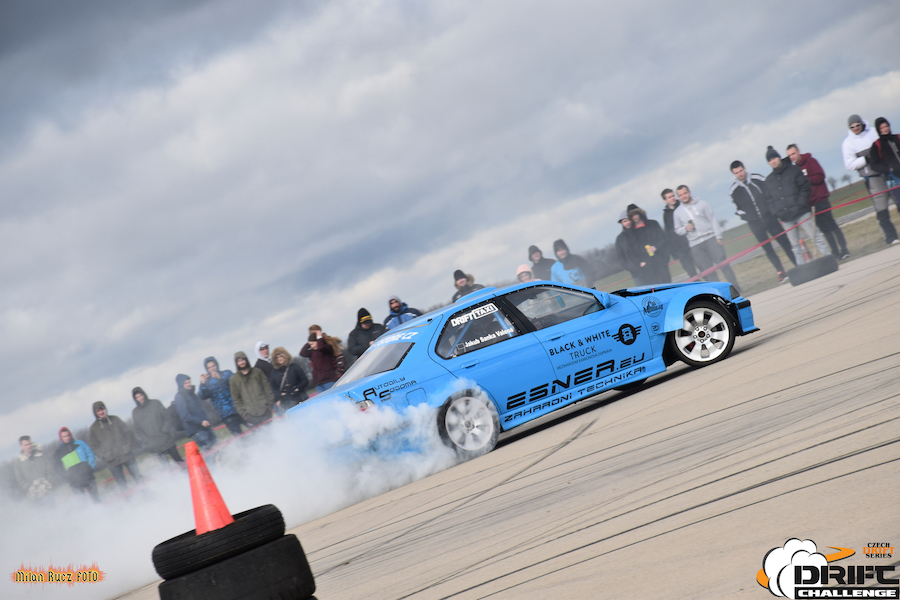 After the training, she started the STREET category. The weather was changeable all day, but fortunately the race itself was drought, so all conditions were the same. In this category, Petr Hříbal, with his E30, Machan Pavel and Krejča Lukáš were the best. Seconds were decisive and the quality of all riders was balanced. 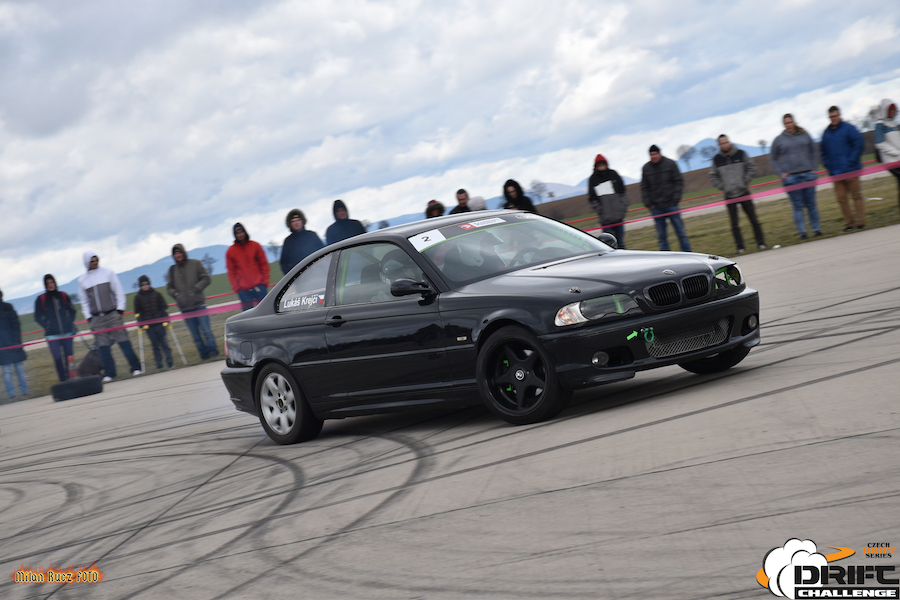 In the PRO group, there were equally thrilling fights, where the new rules for the 2019 season were shuffled up with time, when the cars are allocated time, the cars must not be borrowed and the schedule must be followed. Unfortunately, the defending champion of this category, Dominik Kouba, suffered the most from this, who destroyed his semi-axle on the rear axle of his overblown BMW and failed to replace it. So he released a place for Jakub Valena, who won the race, in front of the German René Schreub with his beautiful Toyota and David Mrlina, the champion in the Drift category, won the third place cup. 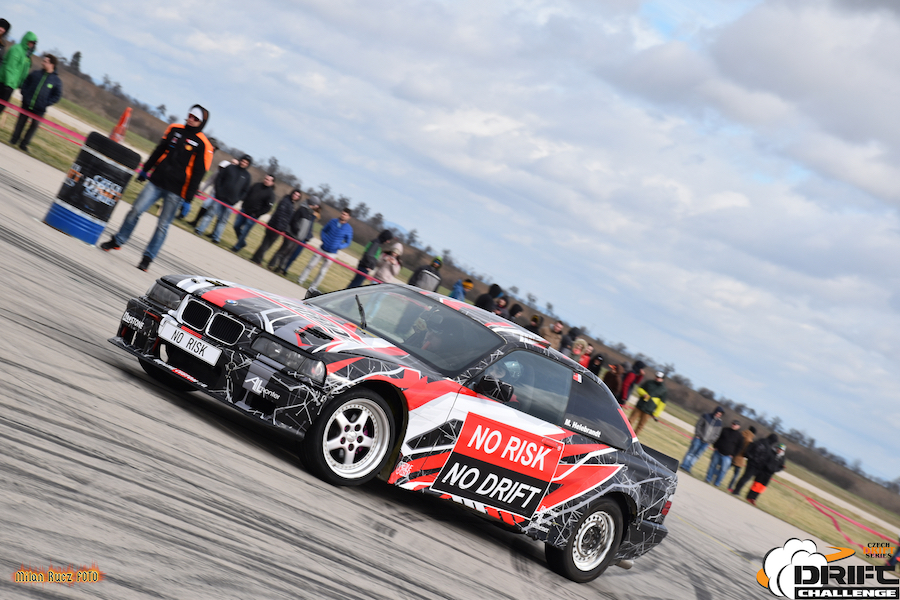 The riders evaluated the overall race positively, they enjoyed the fast track very much, they struggled with parking, which is the final task of passing the track, but eventually they struggled with it. The audience applauded the winners and the losers and we are looking forward to the next event, which will be official testing at the S-Drive polygon in Hradec Králové on 14 April 2019 and the first big Drift race in the same place a week. You must not miss it there. 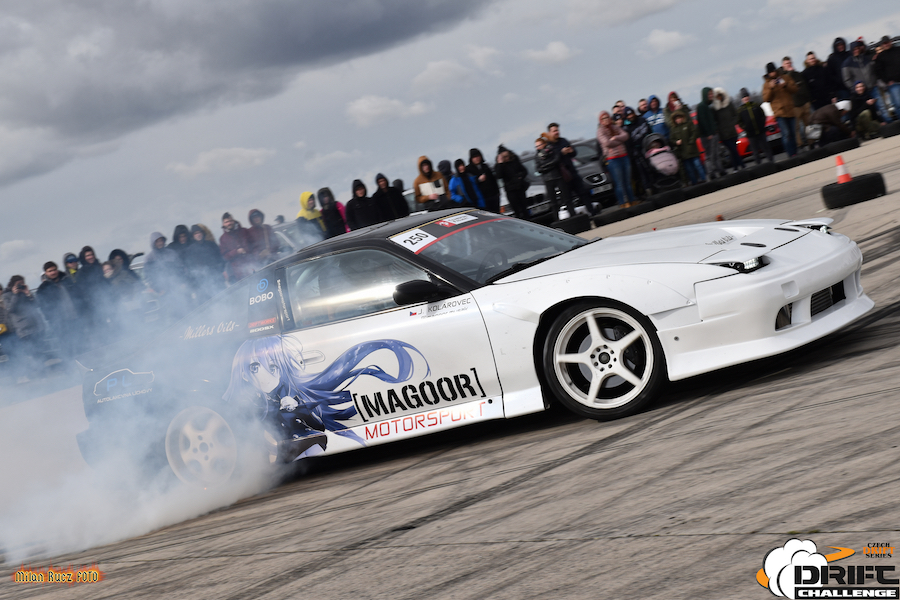 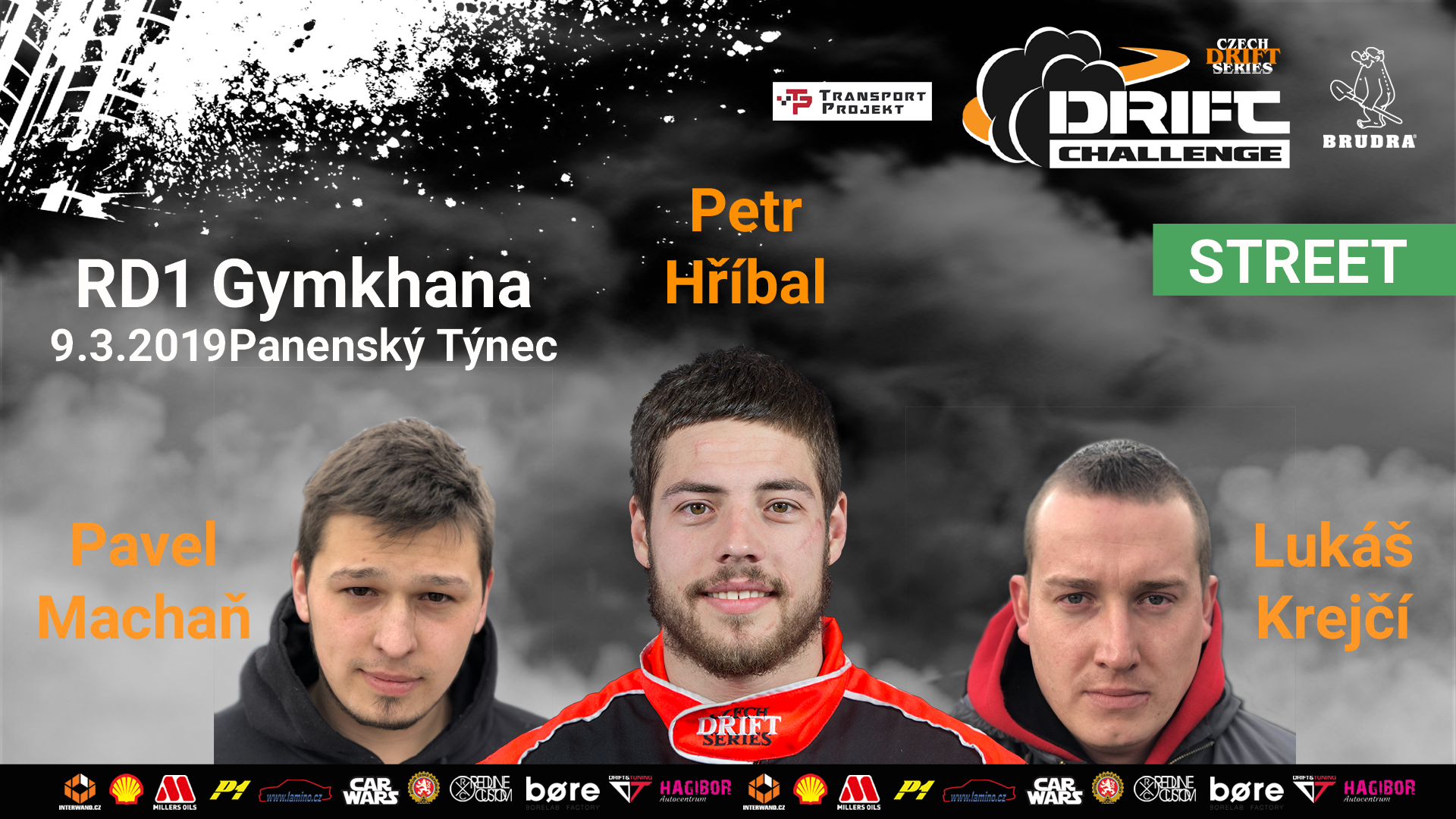 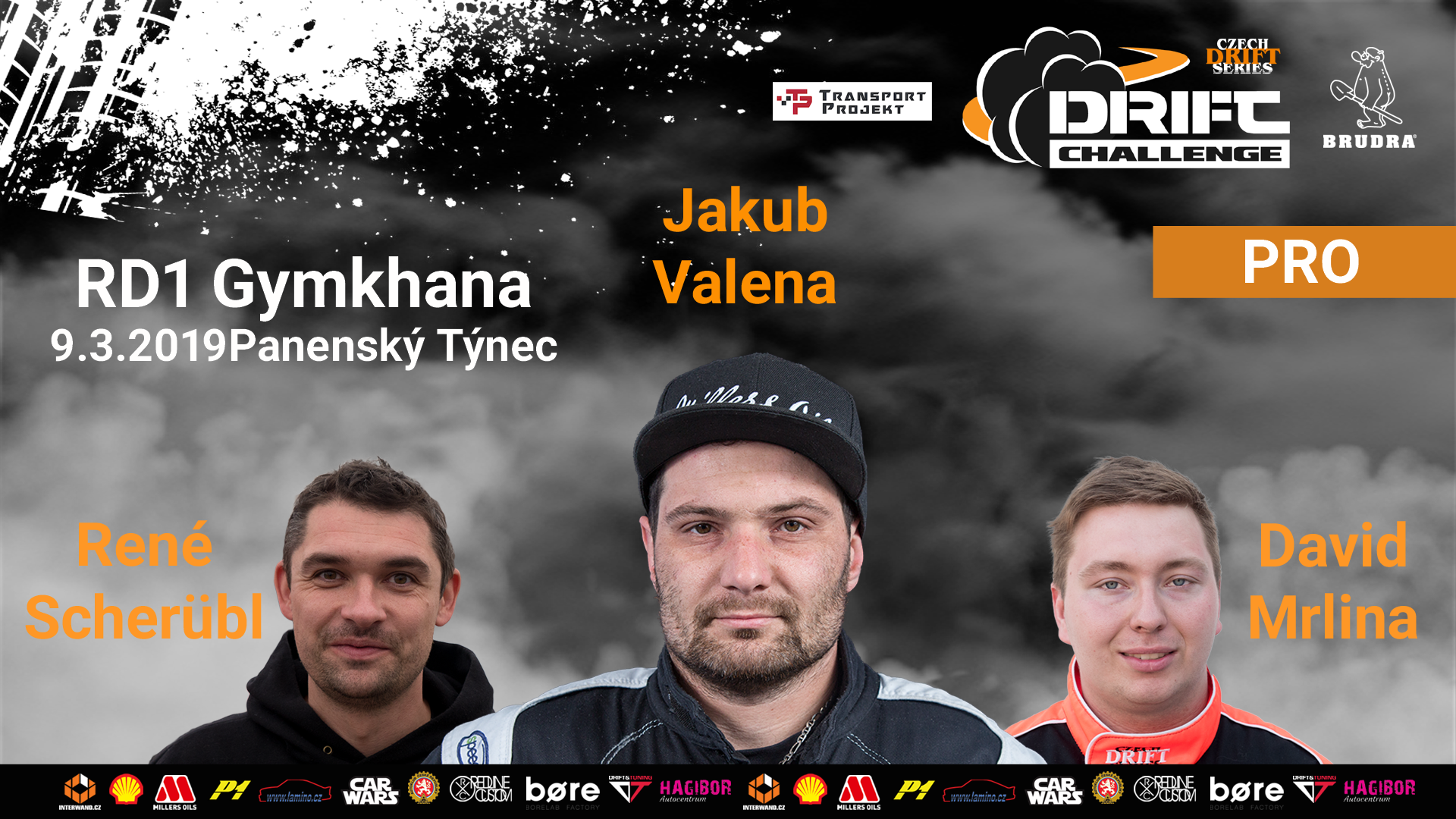