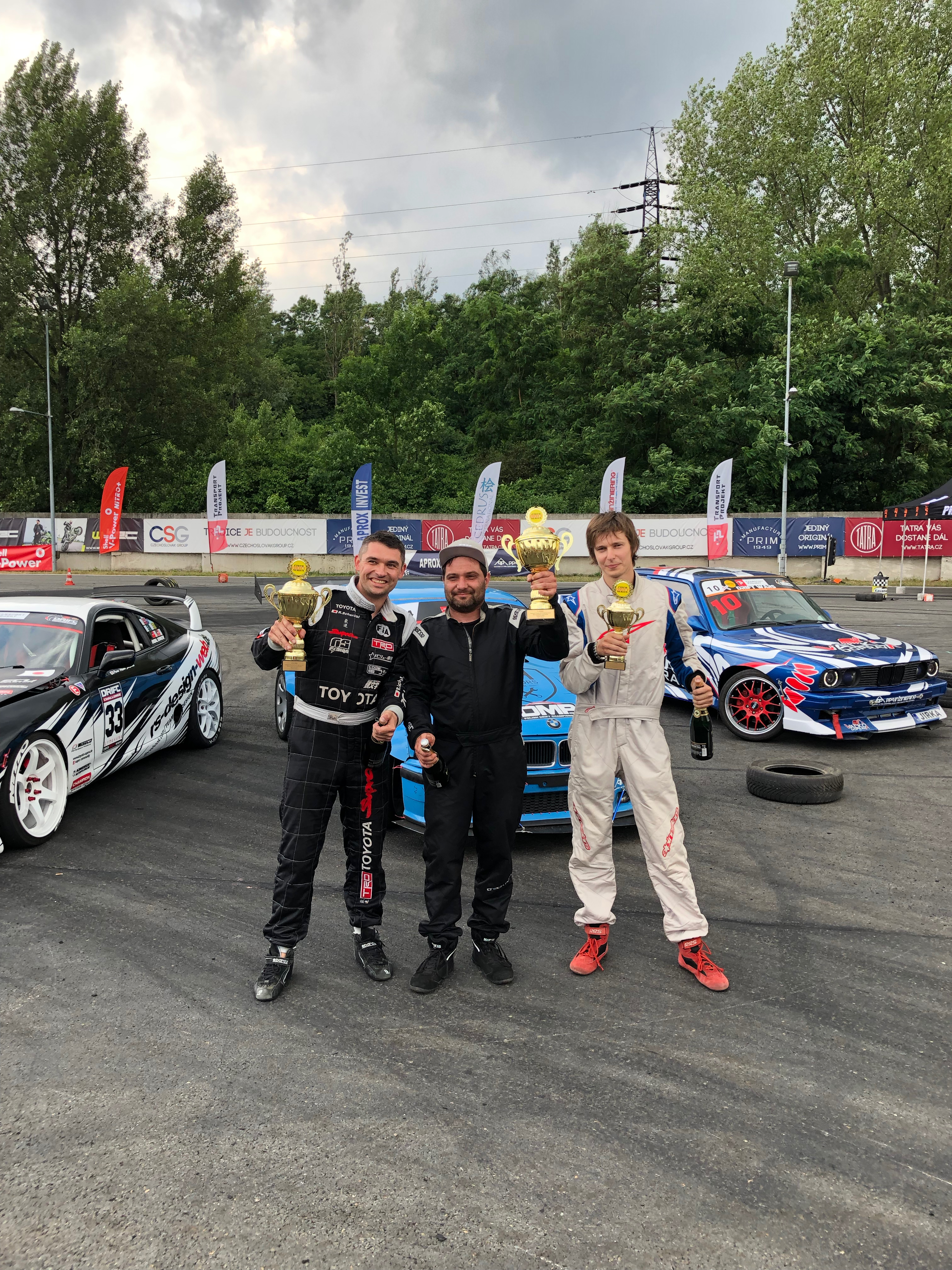 On June 22, 2019, a racing day was held at LibrosRing in Ostrava, where two races are held, DriftChallenge Street and Street + the first race in the Gymkhan race and together with the local DriftWars product.

A total of 30 riders and referees entered the Drift Street (+) race, it was reasonably fast for the beginners than at the race, but it goes with it to a spectacular and spectacular football ride. Riders with a lot of time for a training ride and so there was no problem for them. The riders showed off their amazing rides. Even the audience and race use their favor abundantly encouraged and driven them for the best results.

In the race itself, which is only nervous at all levels for just 3 qualifying rounds, and so is its performance and results. The best was Adam Horník, before Lukáš Cibula and Jan Ondruch was third.

As for Street Street +, the first 4 in the race "gave it away" to each other in the battles, the so-called small and big finals. Third and fourth and second and first place. Jakub Dvořák, who beat Michal Drápal in Olomouc, finished in the 3rd place in this race and in the final he fought the best of the qualifications that showed the most nervousness, Denis Cozlovschii, who eventually succumbed to Martin Grejtovský.

Together with the local DriftWars, RD3 Gymkhana was once again an enticing and adrenaline spectacle for the audience. The organizers have prepared an interesting, technical, but fast track for the race, which has made many riders worse, especially in parking where unfortunately more than 1/3 of the rider has accumulated penalty seconds.

In the street category, Pavel Machan, who was more than a second faster than Tadeáš Jagelka, was the best of the tracks and Lukáš Krejčí placed third.
In the PRO category it was much more interesting, a lot of riders from Moravia, who had great fan support and knowledge of the track, entered the race.
Here, after a fierce fight on the third place, placed Jiří Kokeš, who often does not run the Gymkhany races, but did not miss this opportunity. The second place went to the seasoned German rider, who will go to the Czech Republic championship title in the gymnasium, René Scherübl and in the first place a fan of fans, the master of the steering wheel, entertainment and the fastest rider Jakub “Sanka” Valena

All riders include our industry respect, great thanks and spectators applause for support. We are looking forward to seeing you again at the next race, this time again in the mecca of Czech drift, and at the main race of this season, which will be held on July 18th-21.7. together with the Polish DMP championship and the Central European Cup CEZ, in Sosnová near Česká Lípa and already RD4 Transport Project Driftchallenge.

All current results, along with the running order, can be found here: https://drifting.cz/online-vysledky
Cheers Drift