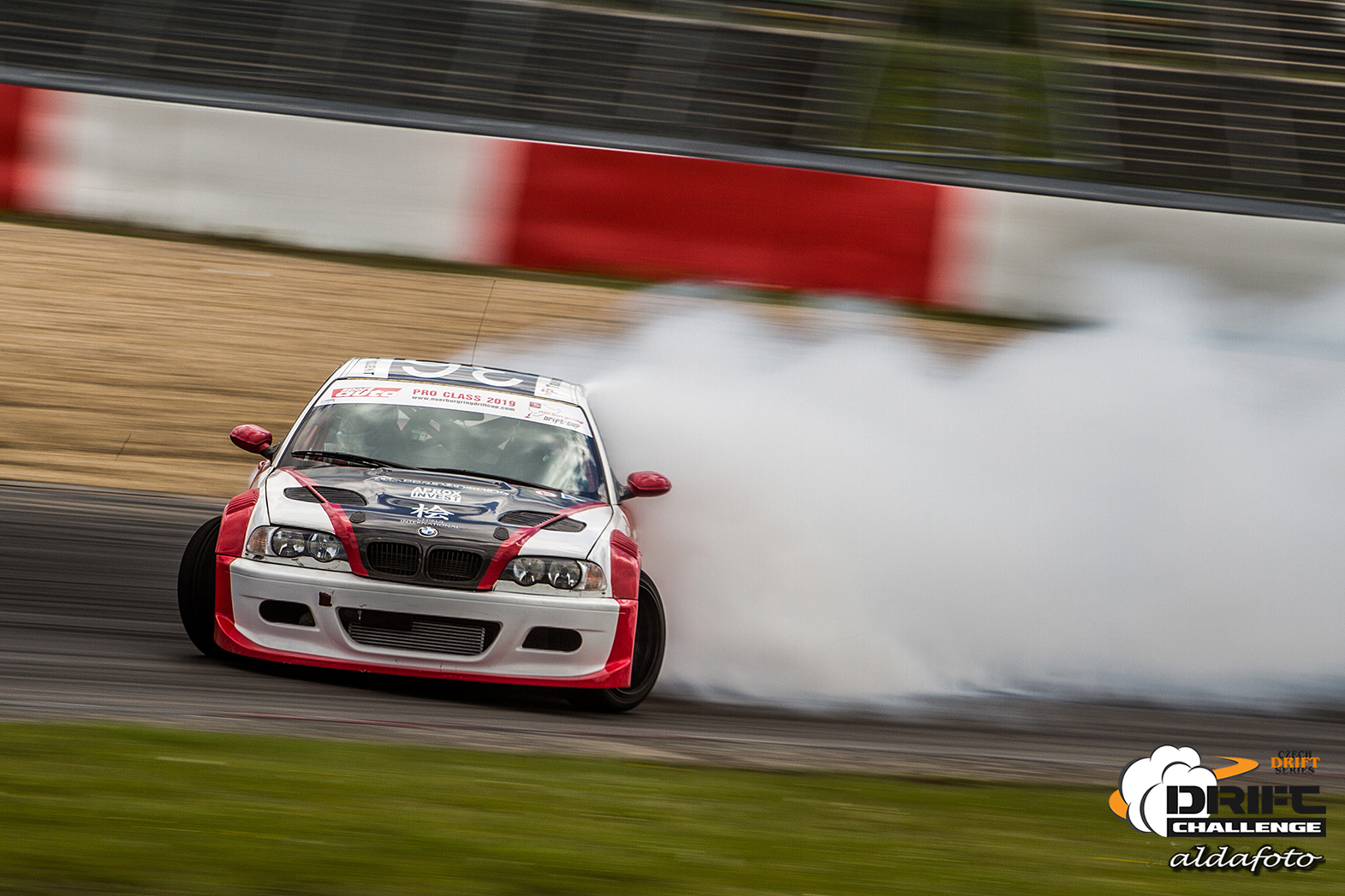 Second of races Czech drift series Championship was a race on the German circuit Nurburgring, where the Czech riders joined the traditional series Nurburgring Drift Cup (NDC). After previous experience where the race is third, with a change in the date to May, to ensure that the race is in any way endangered by the weather, but the famous circuit has not disappointed and prepared racers a variety of conditions. On Thursday evening heavy rain, so lots of cars and riders, which became friendly waters, then on Friday beautifully sunny and Saturday was cloudy and tidy. Eventually, representatives of both categories arrived at the race. Semi-Pro and PRO. A total of 12 riders arrived ready to be accepted. 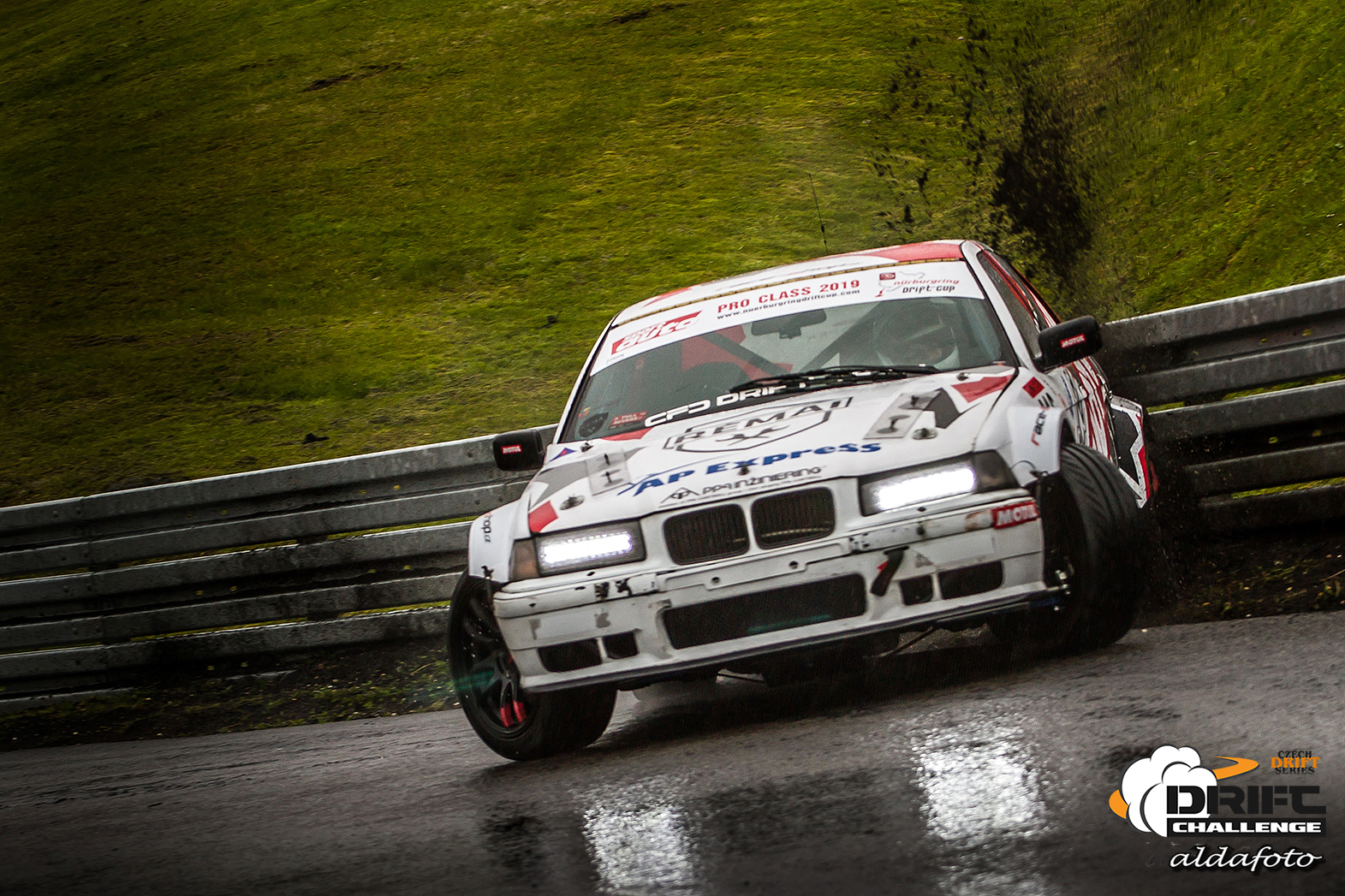 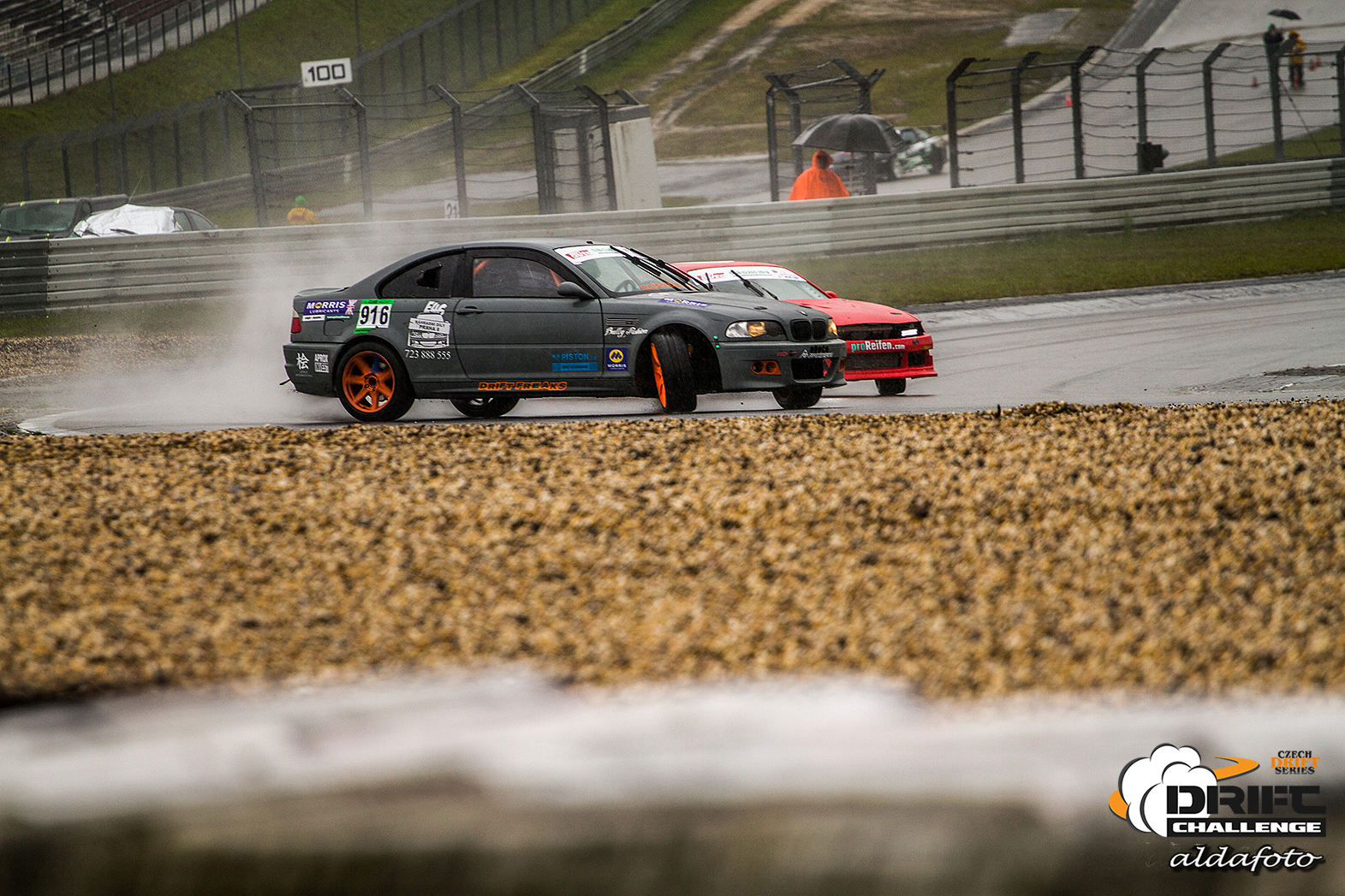 The circuit is beautiful and prepared track very rugged and challenging, because after the shot, when the cars reach speeds of up to 170 km / h, the left turn and then bullying with the rush, where it brakes and ranks two gears down and hill climb ... It seems to be light, three turns, but it took the newcomers almost the whole time before they found the right track and drove the track without much trouble. In the afternoon they all trained tandem rides and driftTaxi. After the training, a debate followed, and cars could go to qualify and sleep. 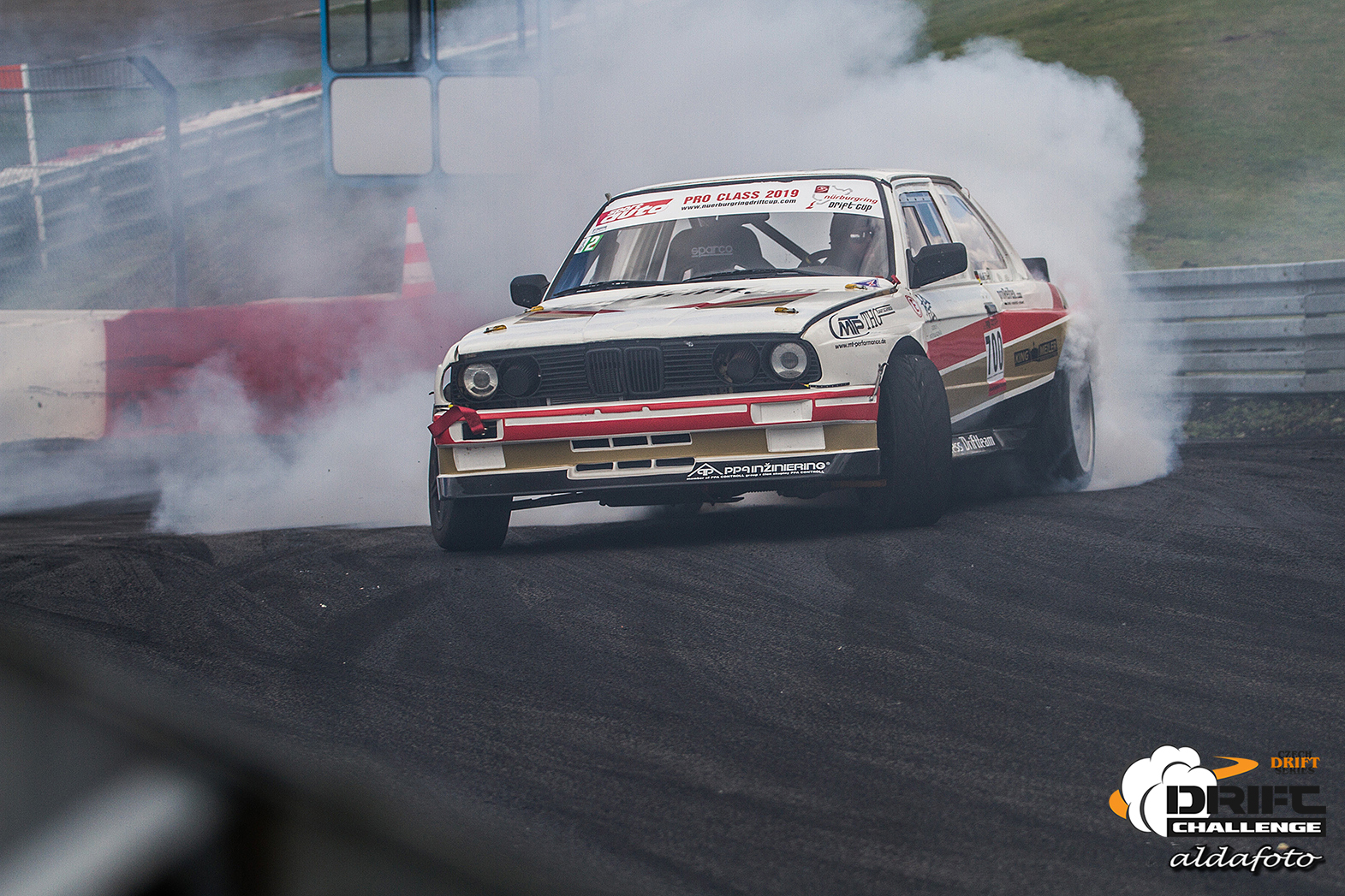 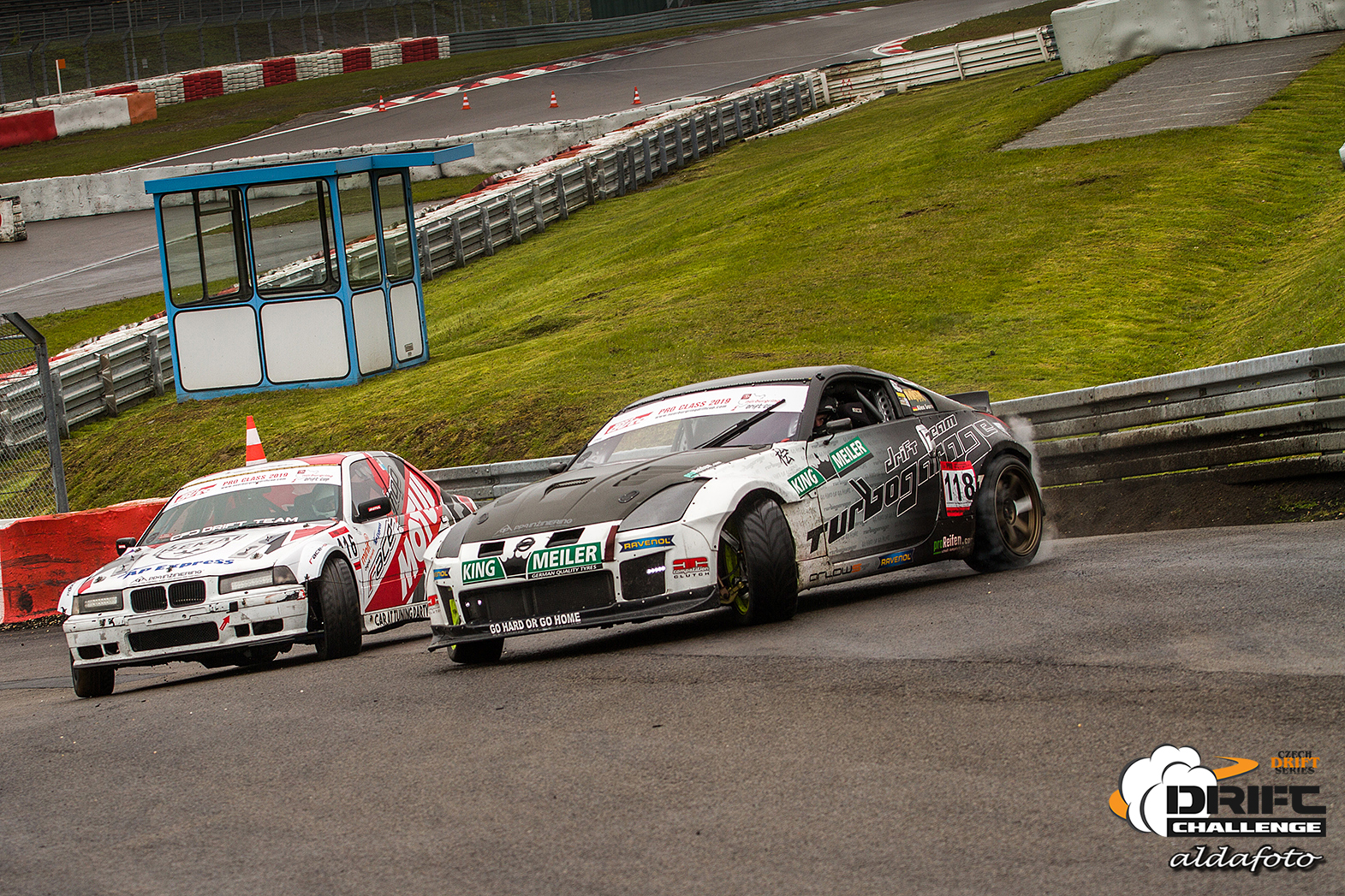 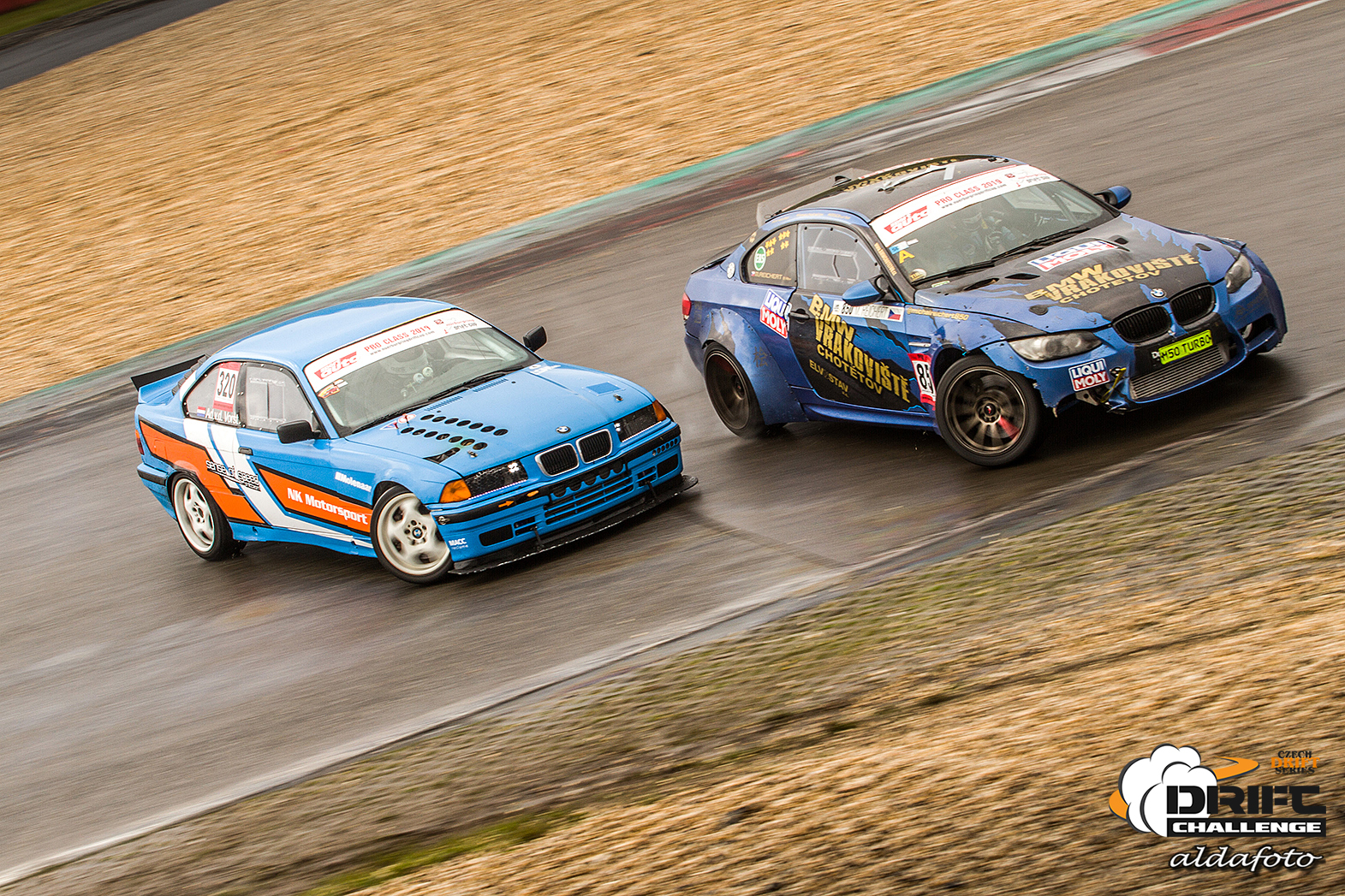 Saturday morning greeted racers with rain and cold. So what was learned in the dry was forgotten and everyone had an hour to train the trajectory on the water. The asphalt here on the circuit is pretty gentle, so how many times it looked like they were riding on ice. Immediately after the training, she entered qualifications. The race went along with the NDC, but we only rated the Czech riders. In the third place finish Matěj Horáček, who had one scored run and tried the other two, but it did not pay off, the second Dominik Kouba, who, like Matěj, fought the adhesion of the surface due to his performance and the best was Michal Šubrt, who finished even in the top five among other riders and deserved the great admiration of local fans. In the PRO category, everyone except Luboš Ďurin was successful, who unfortunately did not qualify due to mistakes and Martin Mašek, who had problems with servo just before the start and did not manage to repair it and was eliminated. The best was Michal Reichert, who even finished first and won the prize from the organizer. 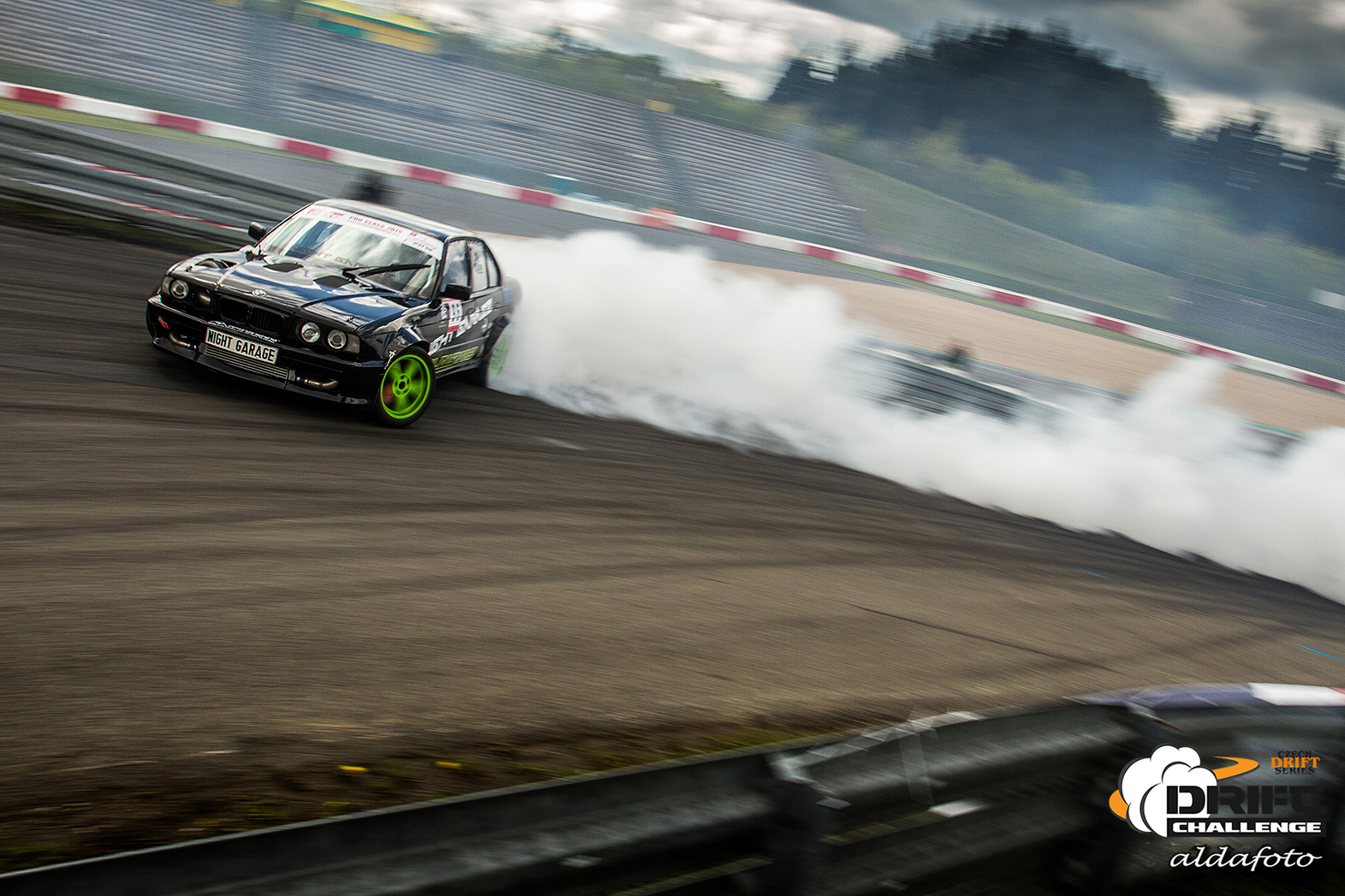 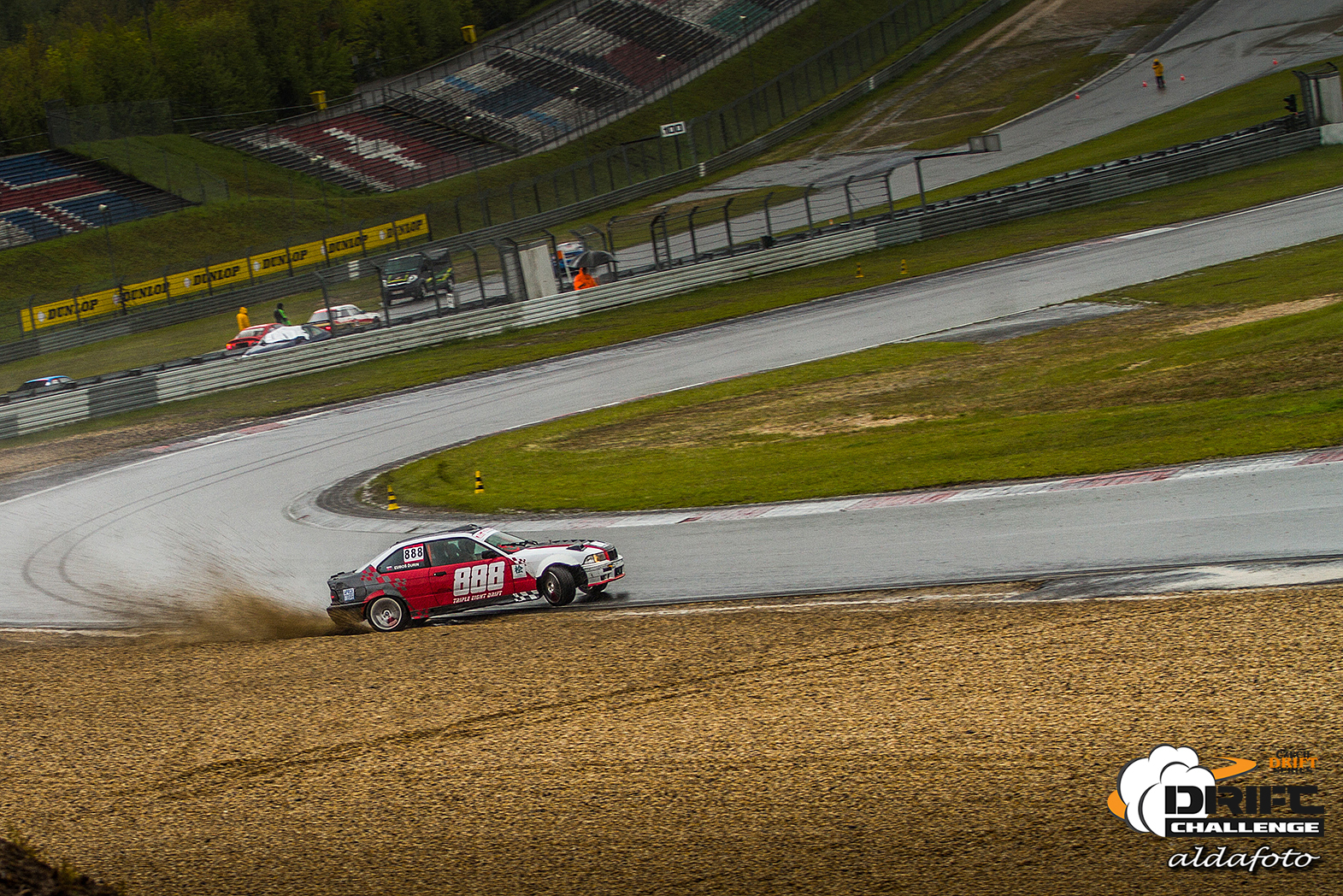 The riders then returned to their paddocks to qualify for battle after qualifying. In both groups the spider prepared for TOP32 and could start. Semi-Pro is not even an amateur category here, and even here it was tight and without big mistakes. Matěj Horáček, but in the first ride on the water he did one and during the lead run he could not "run" the opponent and so he was eliminated, Michal Šubrt finished his ride in the TOP 16 but Dominik Kouba showed the competition how to ride and after a few he finally won the beautiful and thrilling battles. And even in the NDC. He applauded him not only the fans of the Czech scene, but also the local, including jurors. His final tight shading was phenomenal. 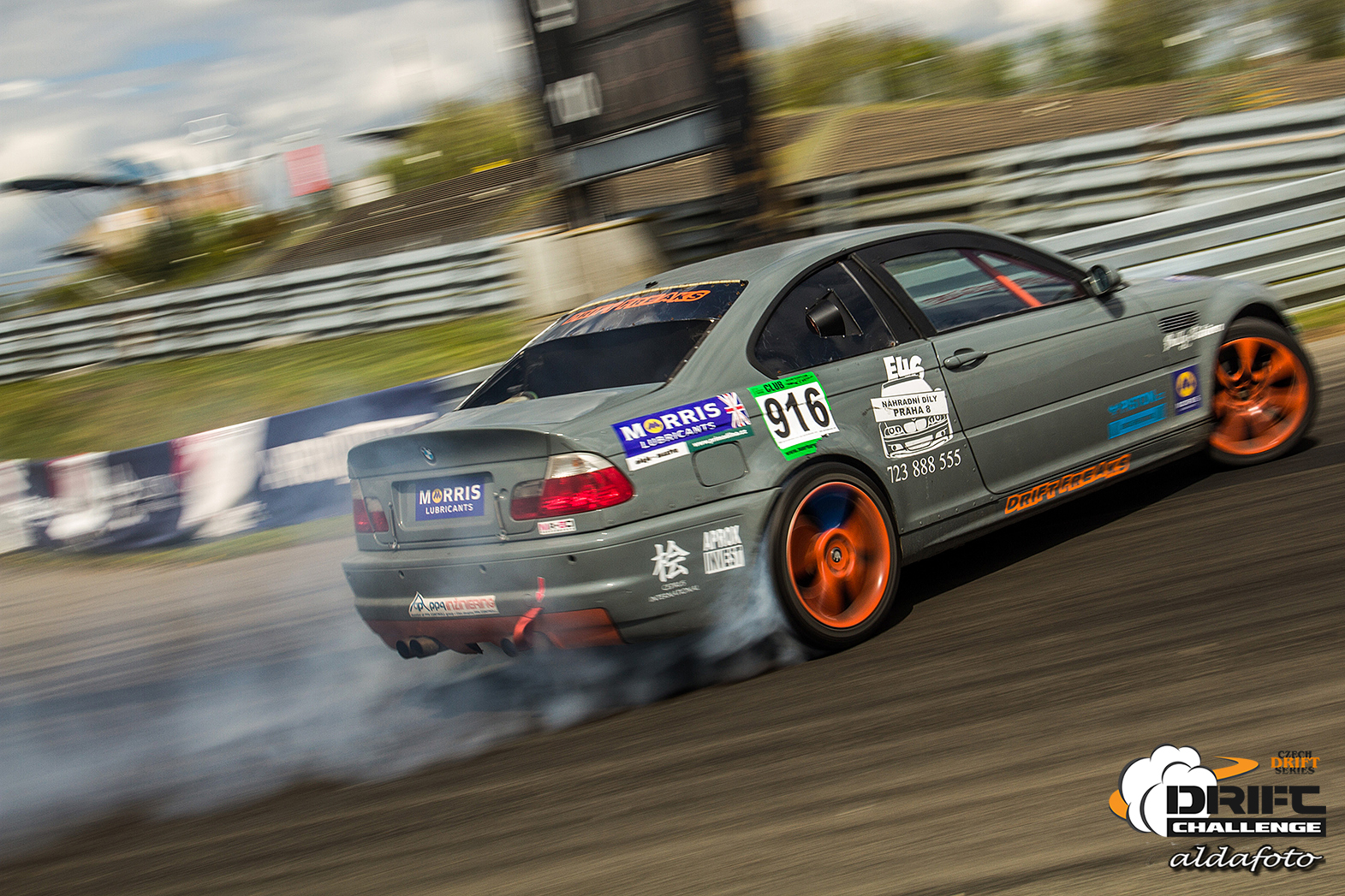 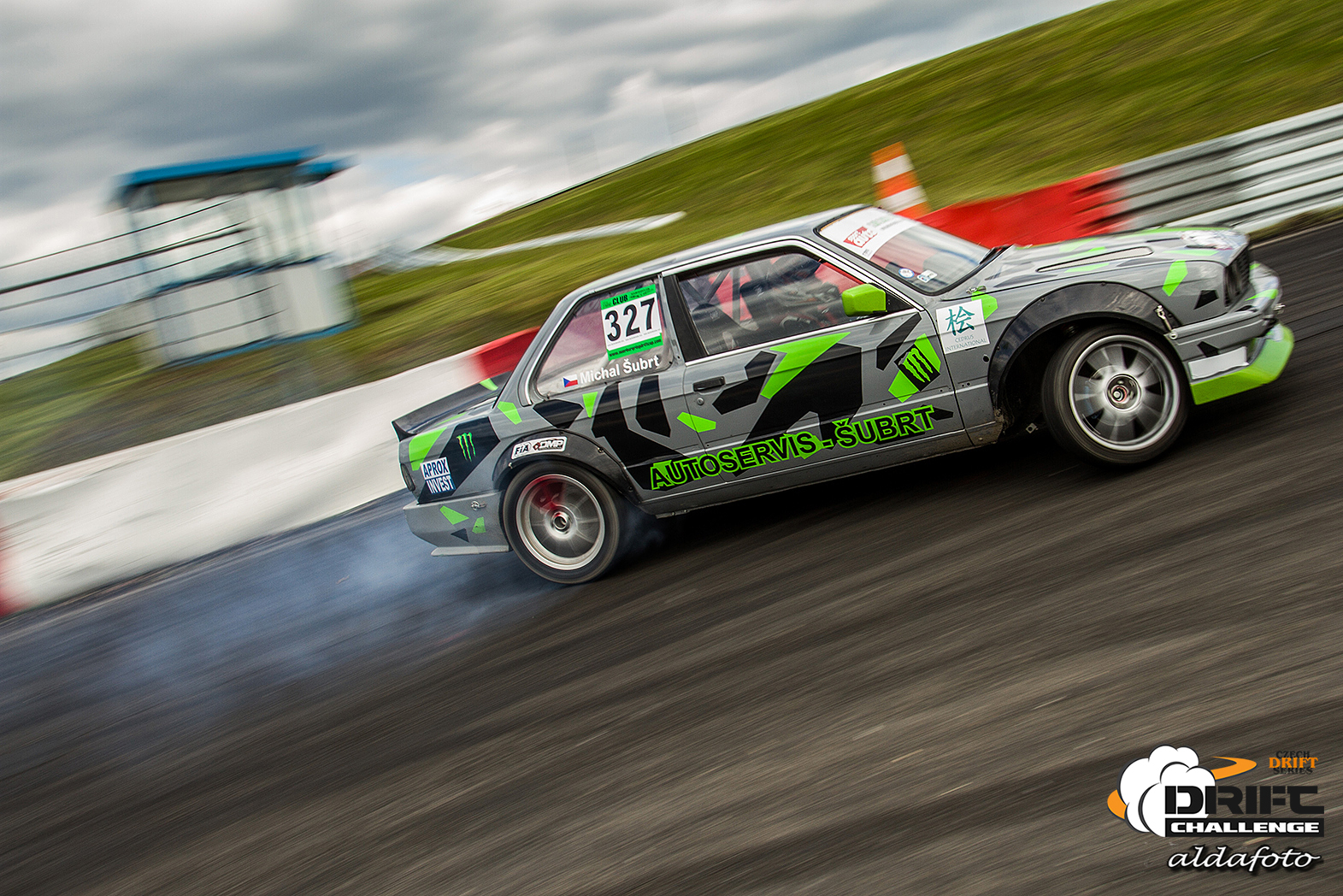 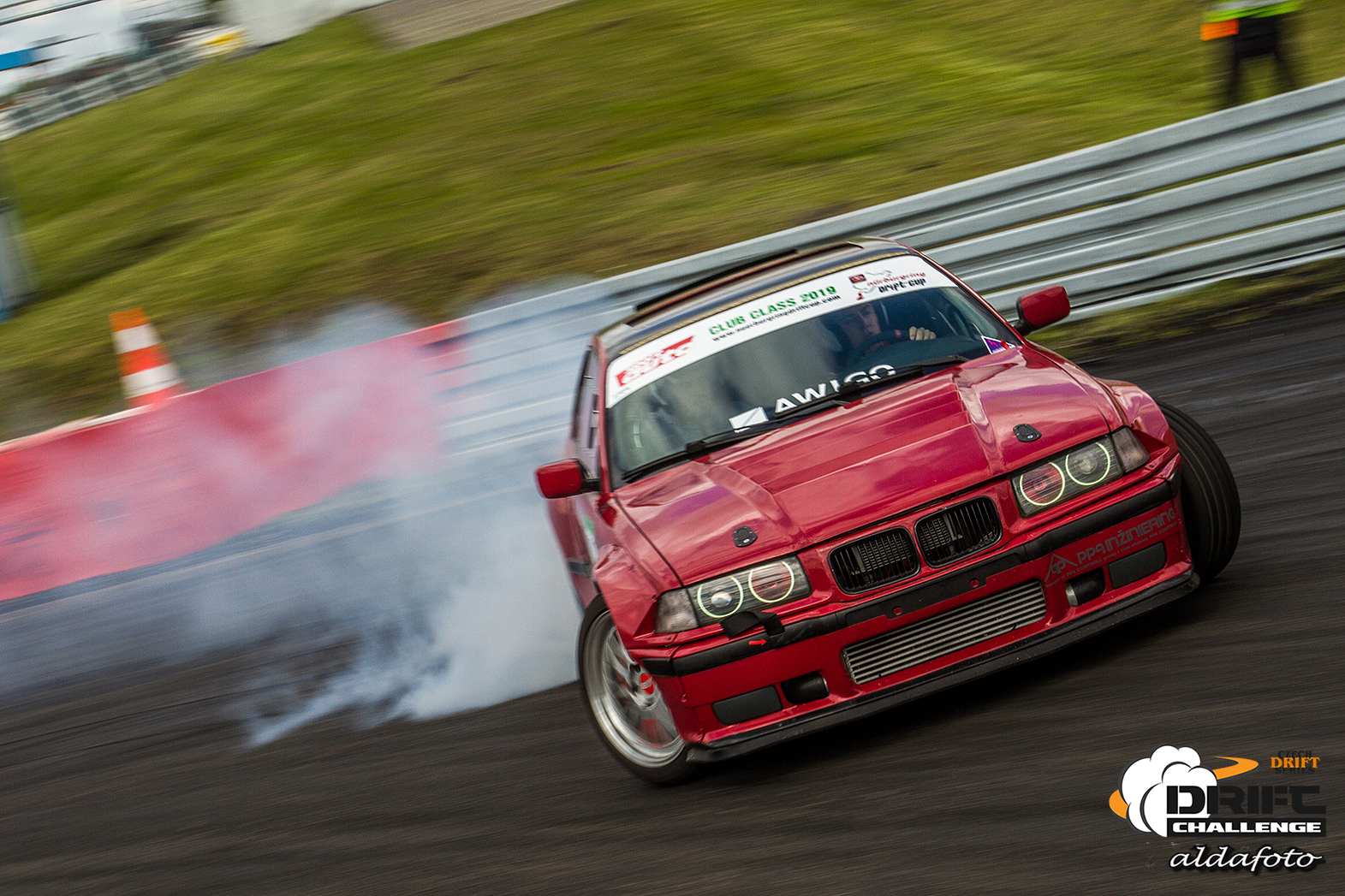 In the PRO category, the duels were just as exciting and even faster. Unfortunately, not all of our drivers did well and only Alex Dorn, Michal Vychodil and Michal Reichert came to the top 8. The first two were still on the water, but Michal Reichert continued. His rides were accurate, aggressive and breathtaking, but unfortunately all was enough for 3rd place overall, when he made a minor mistake in the final fight and it was a constant procedure. However, in the Czech championship this brings him first place. 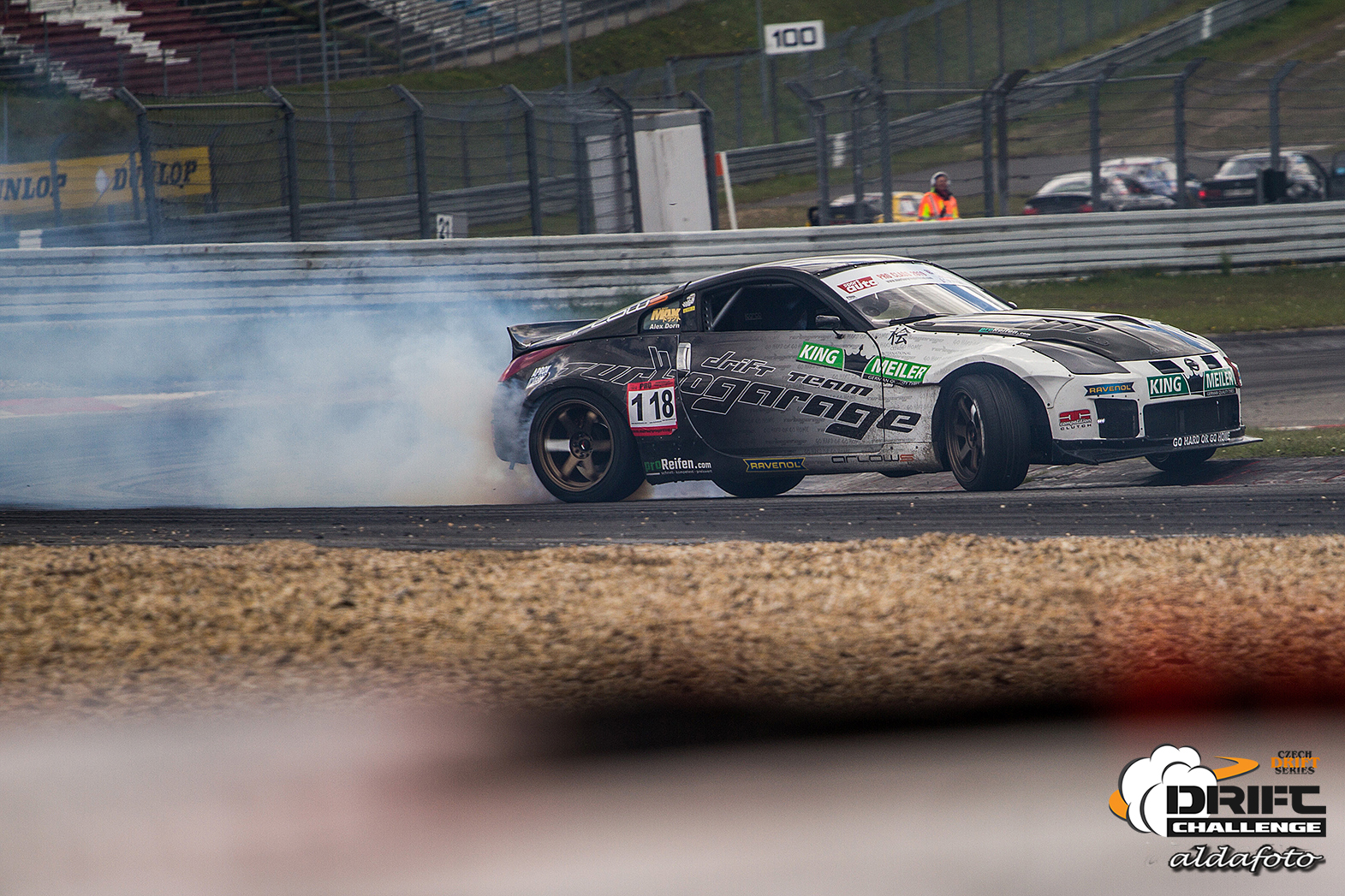 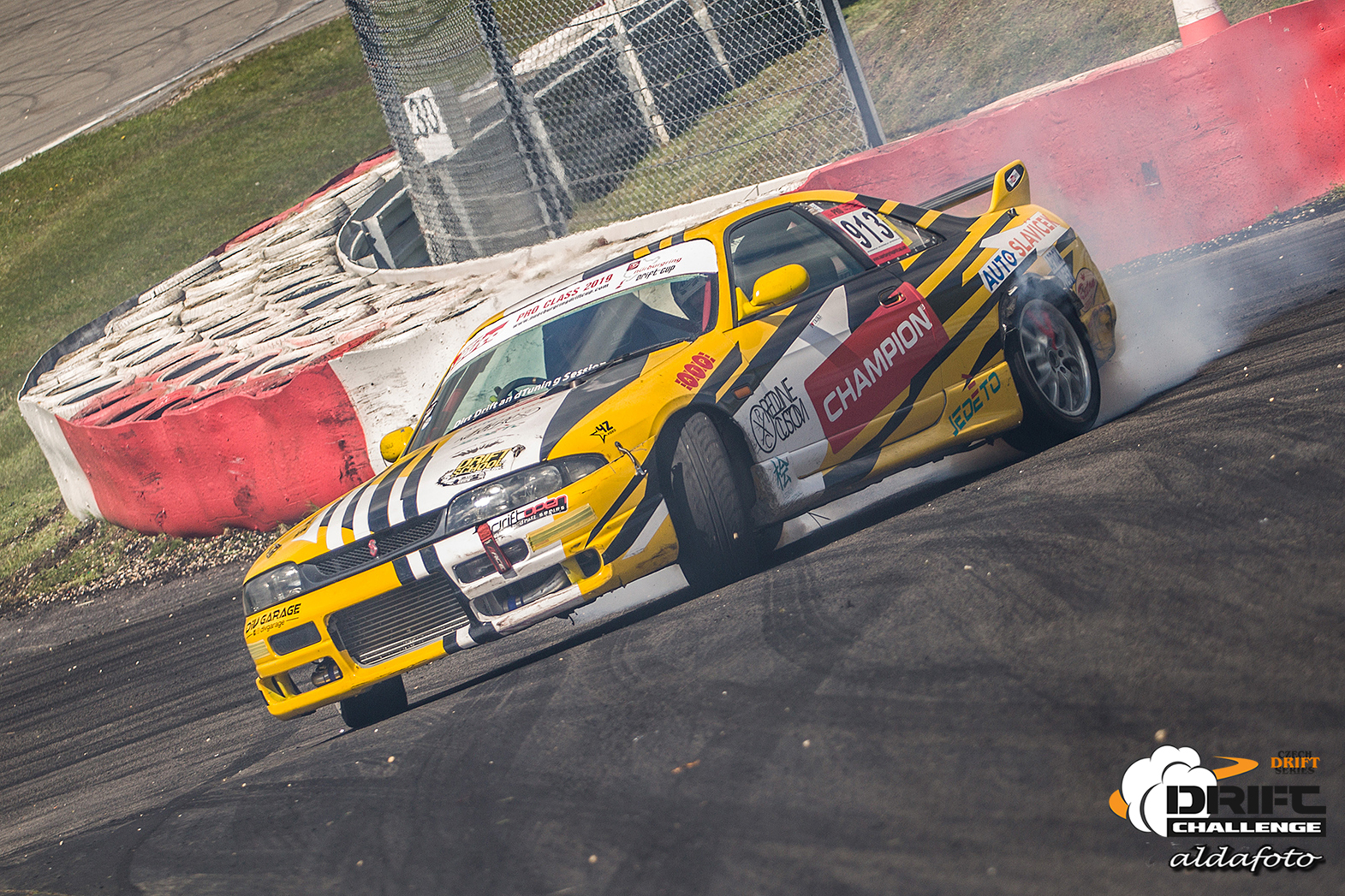 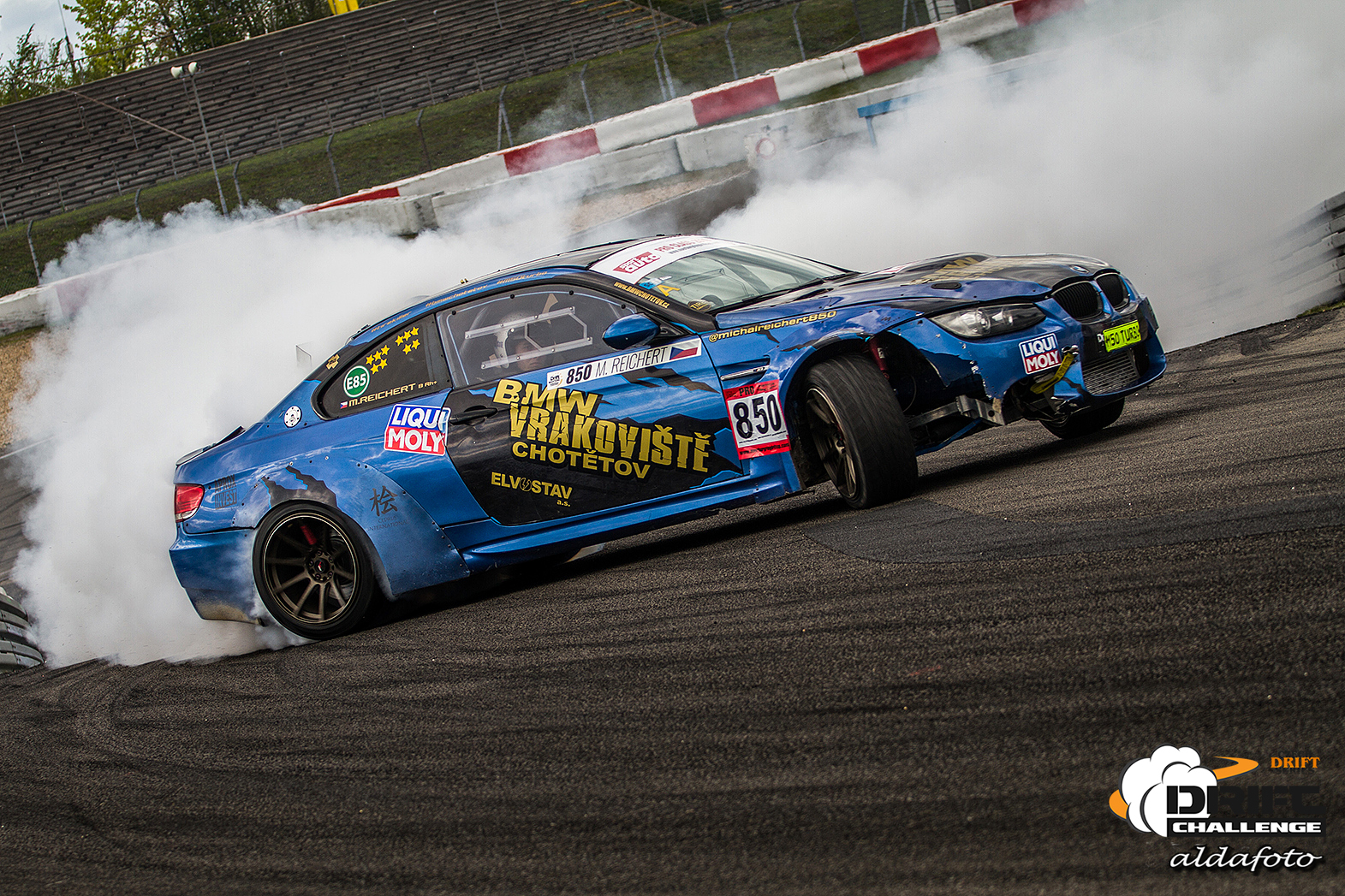 But what really pleased us, so that both Michal and Dominik, for their performances received a special prize for the most spectacular rides and both ended up on the box. So in the event of the winners, CDS riders were also in the winning line. Of course, we are very pleased and all of us have a great respect and appreciation for us not only on the track but also for their willingness to go to this circuit. 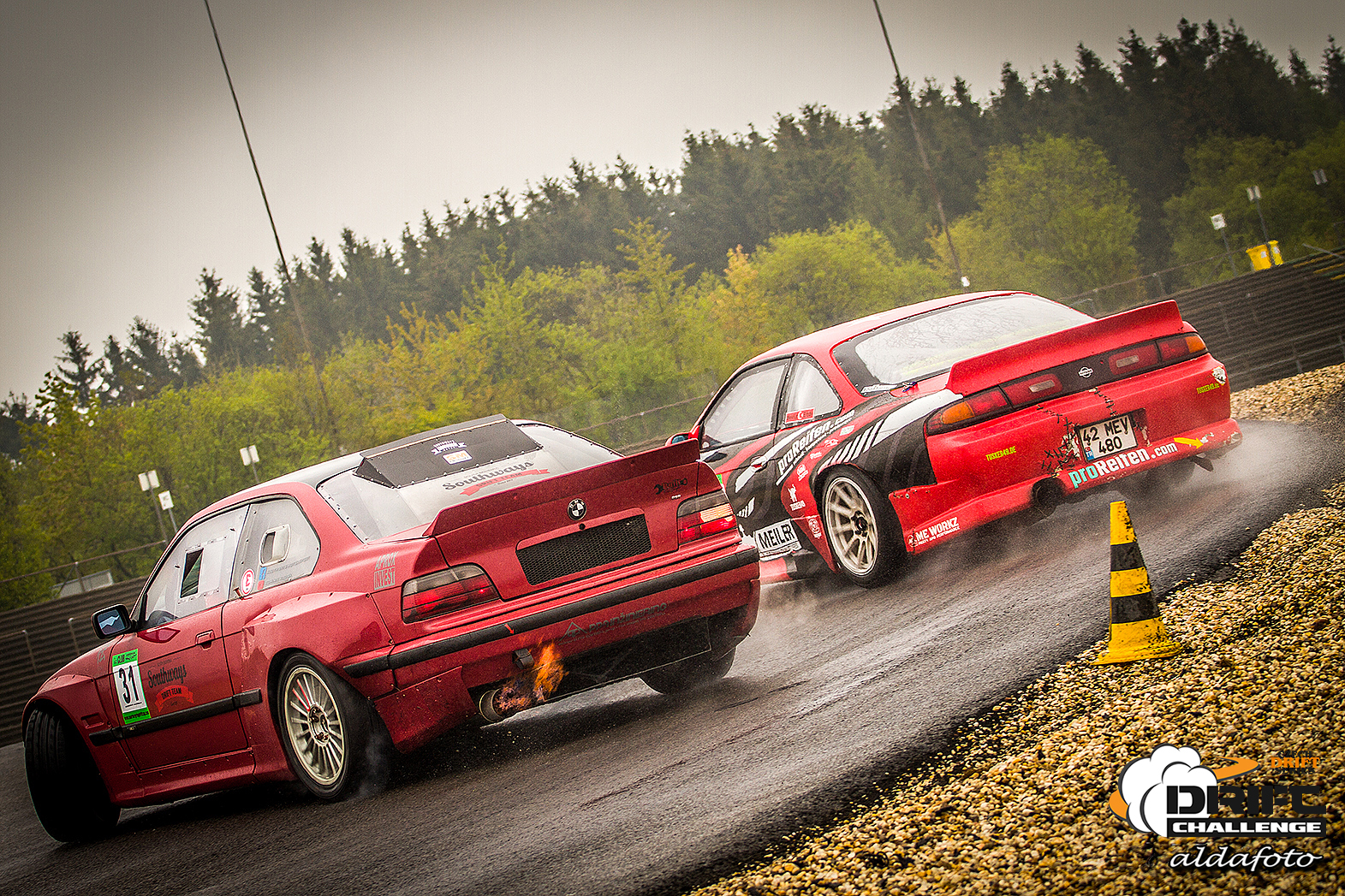 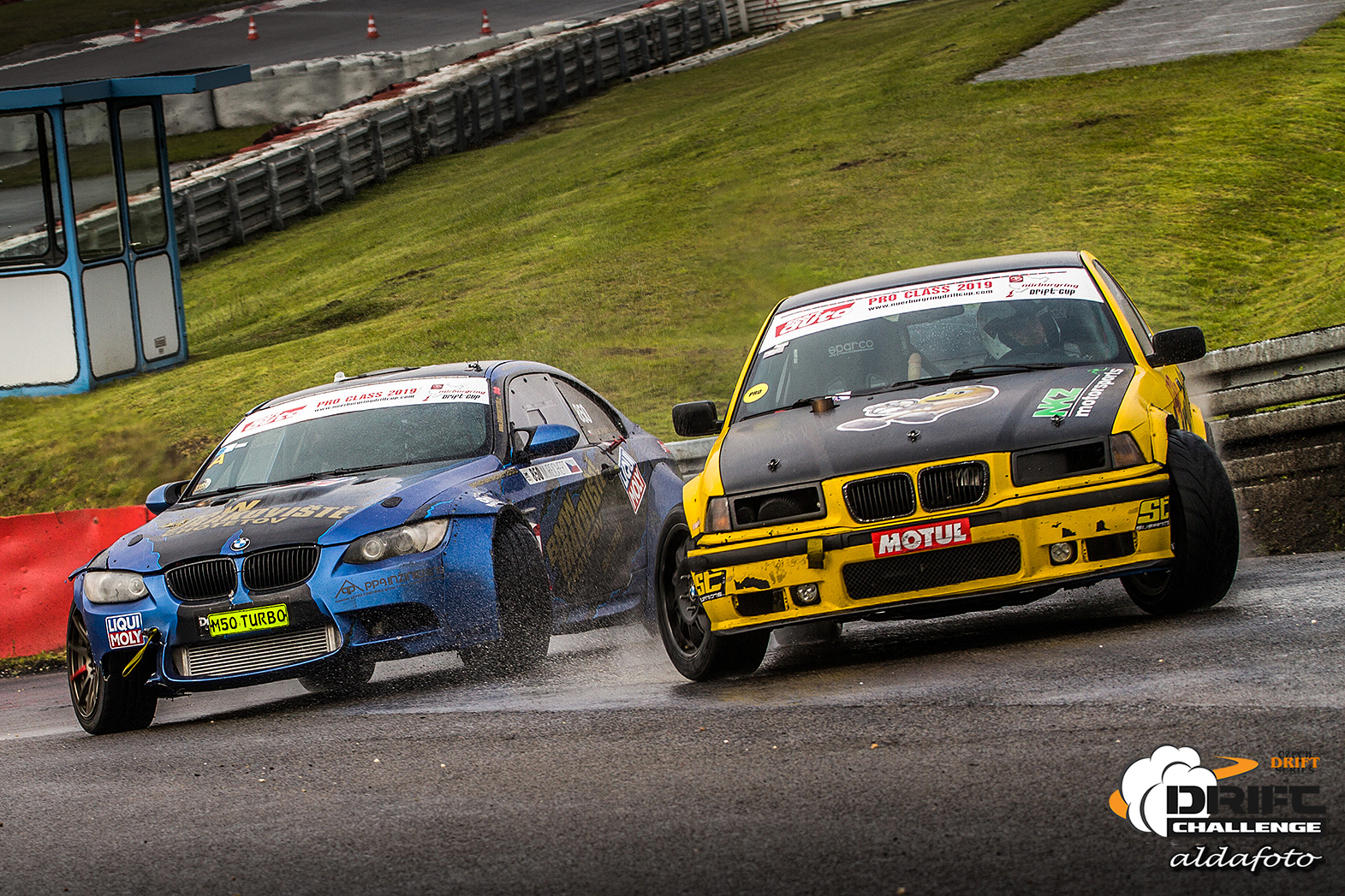 Congratulations once again and we will be looking forward to the next race, which will be in 14.6.-15.6. in Kielce, Poland, this time with a very strong competition from Poland. In the framework of Transport Project Driftchallenge but for further racing we will not wait long, because already 17.5. -18.5. we will race Gymkhana RD2 in Virgin Týnec.